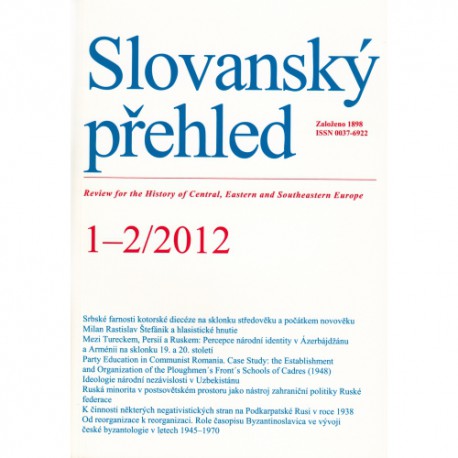 Municipality of Kotor, since 1420 part of the Republic of Venice, was in the sense of ecclesiastical administration a vast diocese. The bishop of Kotor had because of former position of Kotor in the realm of Nemanjić´s dynasty jurisdiction over catholic parishes in the territory of Serbia at that time. Those parishes developed in the places of the mines and centres, where were concentrated merchants and mining specialist from the catholic areas. However, expanding the Osmans, the centres were on the decline and catholic minority in the situation of growing pression of Osmans began to migrate of change the religion. Big extent of diocesis, as well as political situation and heavy position of Kotor were the cause of impossibility to administrate the diocesis as it should be. The ties with the Dalmatian and Venetian Albanian coast went weakening. At the end of the XVI. century, the title primas Serbiae, reservated for the bishop of Kotor, was only blank concept. This article introduces this slowly process based on the testimonies of archives in Kotor and others.
Key words: History, The Republic of Venice, Ottoman Empire, Montenegro,  Catholic Church, Venetian Albania, primas Serbiae, Orthodox Church, Clement II, Pius V, Gregory XIII, Union between Catholic and Orthodox Church

The essay analyses Milan Rastislav Štefánik's attitudes towards the political ideology movement of Hlasism, named after the Hlas magazine (1898–1904). The author compares memories of a sig¬ni¬ficant literary historian and linguist Jozef Škultéty on M. R. Štefánik's standpoints as a student, scholar, soldier and politician with his activities and journalism. Škultéty, one of the leading representatives of a conservative nationalist centre in Martin, contradicted Štefánik's identification with the Hlasists; however, he completely disregarded his publishing activities between 1902 and 1903 and his lecturing and organizing activities in Detvan. In view of this, Štefánik's articles and reviews in the Hlas and Čas magazines such as Vystěhovalectví na Slovensku, Česko-slovenská jednota národní, Slovenská žurnalistika seem essential.
Štefánik's undisputable support of the Hlasist movement can be proved by the fact that he took active part in propagating the Hlasist ideas in Detvan, an association of Slovak students in Prague, participated in editorial work connected with publishing a Hlas supplement (Umelecký Hlas) and distribution of the magazine. In his articles, Štefánik sharply criticized the Martin centre and its policy, while professing ideas of realism and principles propagated by the ideological leader of the Hlasists Vavro Šrobár with whom he kept friendship and exchanged letters even after his move abroad.
Why Štefánik's affiliation with the Hlasists is disputed or even utterly rejected remains a question with such a clear demonstration of Štefánik's support to the Hlasist movement. In addition to political intentions spurred by an autonomist movement in the inter-war Slovakia, Štefánik's concern with natural sciences may offer a partial explanation. After his relatively early moving abroad, his contacts with the domestic circles weakened and he no longer concentrated on journalism concerned with the Slovaks' social issues.
Key words: History, Slovakia, M. R. Štefánik, Detvan, Hlasism

This essay pursues the onset of modern national identities of the Azerbaijanis and Armenians, which goes back to the last quarter of the 19th century; it was affected by the Azerbaijanian and Armenian elites' approach to their (historical) heritage of the Turkish, Persian and Russian empires and how they defined their attitudes towards them on the identity level. In a historical context that co-created the mentioned process, it analyses advancement of perceptions towards Russia and the Russians, Turkey and the Turks, Persia and the Persians in the milieu of the Azerbaijanis and Armenians, which subsequently affected formation of the modern nationalist perception of these two nations. The article thus concentrates on a period from the second half of the 19th century until 1920/1921, when a two-year long intermezzo of the Armenian and Azerbaijanian democracy ended and turned into a seventy-year long constituent of the Soviet Union.
Key words: History, Turkey, Iran, Persia, Russia, Armenia, Azerbaijan, South Caucasus, national identity, nationalism, revival

After the establishment of the communist regime in Romania after World War II, the Communist Party concerned with coaching of some office workers who had two important tasks: to ensure the understructure of a party that was on a path of development, and to disseminate the communist political ideology to the population. The role of educating those „aparatciki” belonged to the schools of cadres. They were created after the Soviet model with Soviet instructors in the beginning and they became the fundamentals of the party education in Romania during the 50’s.
The schools of cadres were established and functioned in Romania not only within the Communist Party, but also within the organizations of the most important “fellow-travelers” (comrades) in the period 1944-1953: The Ploughmen’s Front. This case study analyses mainly the foundation in 1948 and the organization of the first schools of cadres of that political peasant party, which had over a million members at that time. The main task of the schools of cadres was to create an increasing number of party propagandists who had to implement the communist ideology into the rural world with the aim to facilitate the process of communization in the Romanian villages, especially in those ones where the communists were very unpopular. In this article we analyzed issues as: the leading structure of the schools of cadres, the politics of recruiting students, the program and the mission of the schools of cadres and also some shortcomings which were identified by the leaders of the Ploughmen’s Front.
The entire activity of organizing the schools of cadres of the Ploughmen’s Front, as well as the contents of the education process, took place under the guidance and control of the Romanian Communist Party.
Key words: History, Romania, Schools of Cadres, The Ploughmen’s Front, communization, comrades

The article examines the formation and development of national ideologies of newly established authoritarian regimes in case of Uzbekistan. The country represents a fine transformation case from one authoritarian and totalitarian regime to another with the inertia of social, political and also ideological way of thinking (including the creators of the ideology). As a result, the character of propaganda could not differ very much from the Marxism-Leninism. The former idols were mostly replaced by the new main theorist and scholar – president Karimov.The analysis focused on the three highlights of “The Ideology of National Independence” – political system, Islam and economy. The development of the political system is showed in two main phases – the strengthening the state using the arguments of former opposition from the perestroika period (nationalism, Panturkism and liberalism in particular) and later conservation of the system in order to maintain the regime. Growing political Islam, especially in its radical forms, forced the new system to propagate the moderate “traditional” forms of religion. Finally, the economy explains the way to the “bright future” (kelajagi büyük devlet).The new Uzbek ideology represents a typical example of state- and nation-building in authoritarian forms with strong leader, albeit without open personality cult. At the same time, the stagnation of the ideology after the first active decade of state- and nation-building leads to the reinterpretation and dogmatization of once established system. The political and ideological system seems to be firmly rooted inside the political elite and society and we can expect its continuity even after the leaving of current president.
Key words: History, Uzbekistan, ideology, Islom Karimov, democracy and authoritarian regimes, Ideology of National Independence

This paper discussed strategies of Russian federation how to use a Russian minority living in the post-soviet space as a tool of increasing own influence in the respective post-soviet countries. On the examples of Kazakhstan, Georgia and Ukraine, we have identified two basic phases of such strategy. First, group identity of Russian population has to be created, which can be made by the group itself, by the government of post-soviet country, by Russian federation or by combination of several factors. This process is in most cases not directed by Russian federation, but it is a product of broader situation. Second, a securitization of some situation regarding this „group“ has to be made. It can usually happen during some extraordinary situation such as elections, introduction of new law or change in social conditions. In this phase, is Russian federation already active player, securitizing actor. When fulfilled these two steps open space for Russian federation to intervene into the situation as a protector, advisor or relevant side of the conflict. As we have shown, attention which is in fact paid to Russian minority is often small in scale. It serves only as a justification for Russian federation to become part of internal situation in the post-soviet countries and to increase its influence in the respective country via „protection“ of Russian citizens or Russian speaking populations.

The study concentrates on the political scene in Carpathian Ruthenia during the months of 1938 and the preceding Vienna Award as viewed by the political press service of the Provincial Office for Carpathian Ruthenia in Uzhhorod. The Czechoslovak authorities and security forces paid primary attention to the Heinlein's Carpathian German Party and the Unified Hungarian Party. They were also concerned with groups of Ukrainian and Czech Fascists. The Czechoslovak authorities only monitored activities of Ruthenian autonomist parties and Ruthenia Carpathian fractions of nationwide governmental parties (mainly agrarian and social democratic), which radicalized during the spring and summer months and stood behind a declaration of independence after adoption of the Munich Pact. This is also true about the Communist Party of Czechoslovakia, which was the strongest Ruthenia Carpathian political subject at that time. The study contains a brief overview of parliamentary elections in Carpathian Ruthenia in May 1935 and a biography of politicians who represented the country in the parliament and the senate. The text is based on archive materials from the State Archives of Carpathian Ruthenia in Uzhhorod, the Berehovo branch.
Key words: History, Carpathian Ruthenia, parliamentary elections of 1935, political parties, ethnic minorities in Czechoslovakia, the year 1938